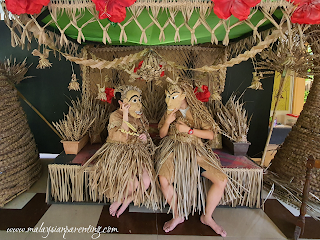 Mah Meri Cultural Village is a cultural village about the Orang Asli's (aboriginal people of Malaysia). We had a fun time and also learnt many new knowledge from that place. It is located at Carey's Island, Jenjarom. Entrance fee is RM 20 for adults and RM 15 for children. Operation hours is from 9A.M. to 5P.M. 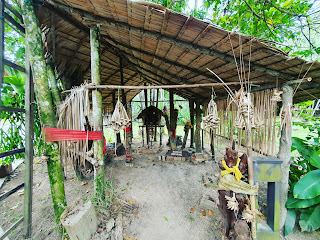 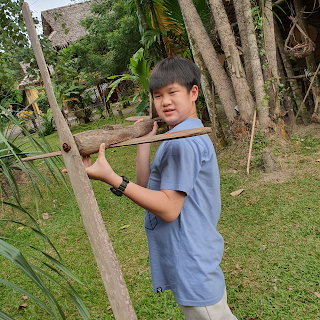 There are some stalls at the 'village' selling carvings and handcrafts made by the aboriginal people. The sellers would communicate using the voice of nature. One of them pointed at the carvings and said:"wowowowoww". He is imitating the sound of the dog. He means that the carving is a dog. The looks of their carvings are pretty different from our modern decor because they like to describe the animals carved out creatively. 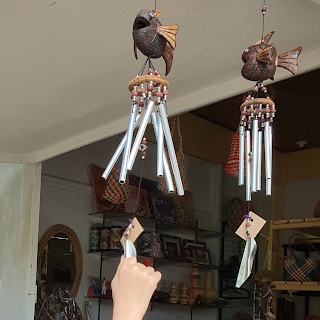 We also learnt how to do reed origami from the female aboriginal people. They are very patient and the origami that symbolised keris, prawn, etc will be our bring back souvenir. 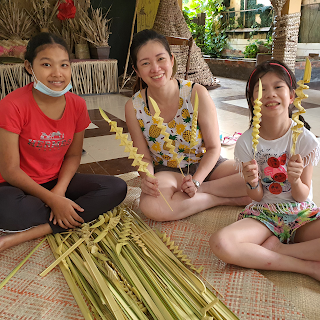 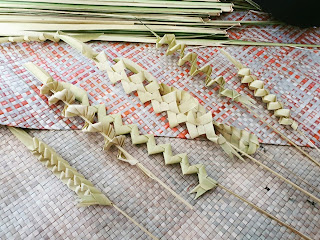 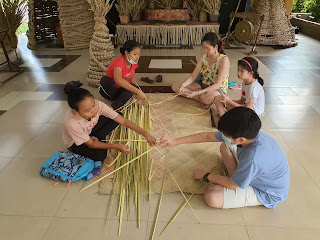 We do tried their traditional clothing. It was made of tree bark and flour sacks. It feels ok to wear it but i am feeling extra hot because it is a hot day. It also feels a bit rough. 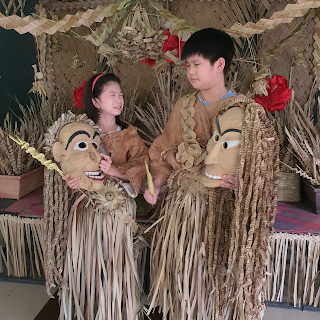 Other than that, we tried the slingshot and the blowpipe. Those are their traditional hunting tools. The slingshot was pretty fun. We shot cans using palm tree seeds. 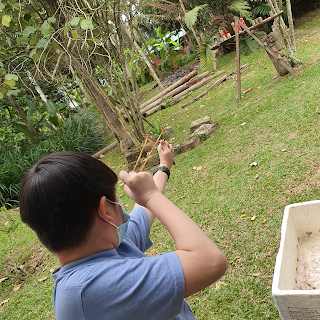 The blowpipe was actually very hard to blow. I cant really blow it more than 1 metre far. 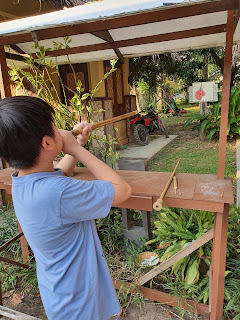 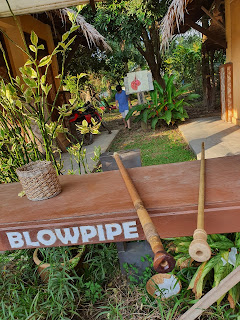 We also found out that birdcallers were ment to communicate with others while hunting, and not to call birds. 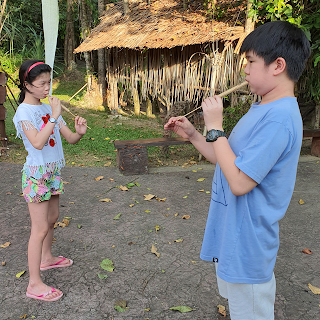 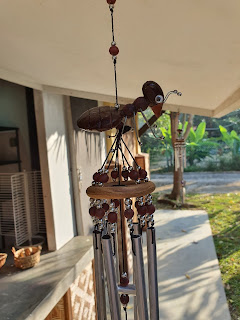 If there is rain or the weather is too warm at noon, you can visit the gallery showcasing objects used by the aboriginal people. Very interesting place. 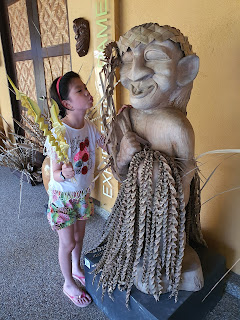 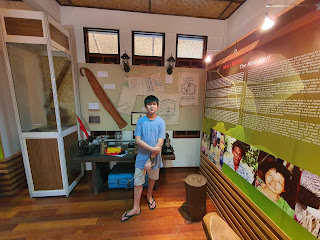 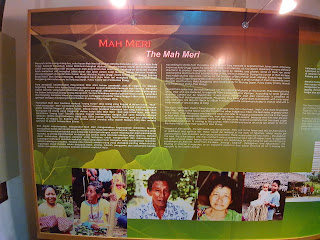 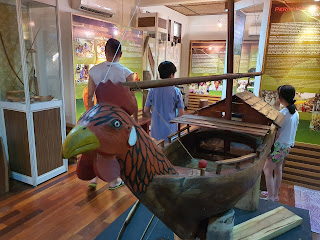