Ah Boy, this is a transistor, not a Squid! What Asian mom says behind these Minecraft Character? 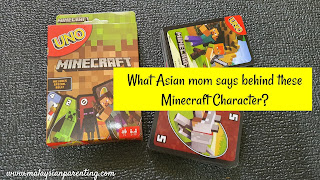 So my kids are very into Minecraft game this MCO 2.0 and I had decided to get them some play cards so that they would probably distract themselves from the screen for a little bit.

These Minecraft UNO cards are pretty interesting. Its similar to the traditional card, with added on 4 creeper cards and the function of the cards are as below: 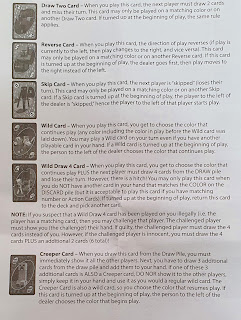 I had been asked by Jaden what I think are these specific Minecraft character. These character are all boxy and I had to really think what animal or person that it resembles, okay.... 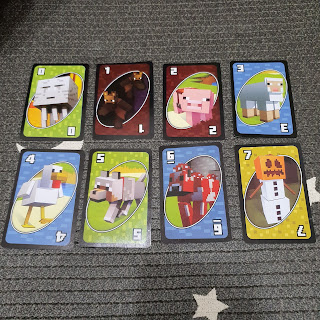 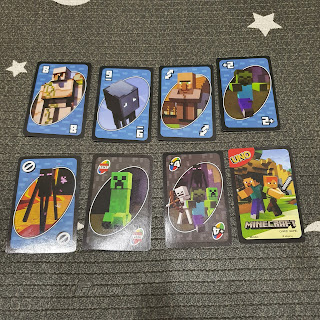 So, ere is my guessing and he keep laughing there for no reason. 🤔🤔🤔 #behindparenting 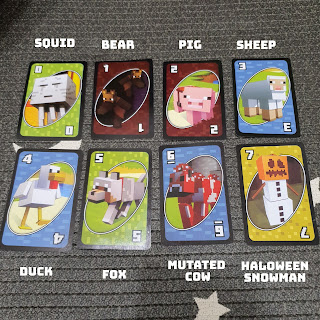 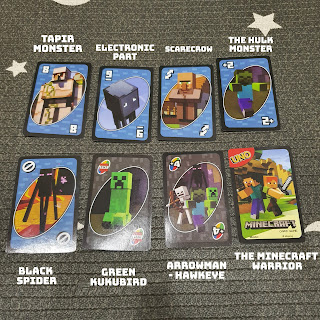 Here is his answer and I have gotten 2 corrects out of 16. Dang! this shows how big is our age gap. 🤣🤣🤣 Mama, he says, why don't you try minecraft games on PC, here, (showing me proudly of characters on the game) and explaining the reasoning of the character name. 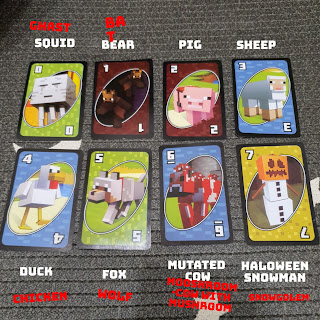 Well.... my arguement on the first deck set:

- That Ghast looks like squid for sure! White head with tentacles!

- Ok, that bat looks right when I see it flying in the Minecraft game.

- Duck vs Chicken, my bad, I didn't notice the wattles.

- Ok this is hard, the mushroom cow. Mama, see what's on it's back, that determines the name. OK,  I name it mutated cow. Why it has to be pink? Pink ie flamingo? pig? So its called Mooshroom.

- When you mix haloween with Christmas, you get a Haloween snowman, or a pumpkin snowman. No, mum its snow golem. So here I check on google wikipedia and Golem means:

"In Jewish folklore, a golem (/ˈɡoʊləm/ GOH-ləm; Hebrew: גולם‎) is an animated anthropomorphic being that is created entirely from inanimate matter (usually clay or mud)" 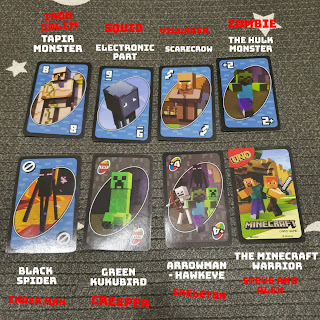 And finally.... my arguement on the 2nd deck set:
- Iron Golem? The colour looks irony, but it still have a tapir nose. So I don't see any reasoning. hahaa

- Don't this looks like the transistor below, one that we use when we do our electronic studies in secondary school? (In minecraft, this creature stays in water that floats up and down, and so it is a squid - make sense) 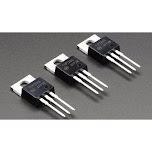 - This villager looks weird, it looks like a statue to me, Well... a scarecrow guess not that bad eh.

- The green monster has a head that looks like the hulk character. ok, it's a Zombie.
- This Enderman thing, are you convince it look like a spiderman like I perceived it to be?
Endermen are tall, black neutral mobs from the End that have the ability to teleport, and pick up blocks.
- This green thingy, no idea but it does look like a "green kukubird aka green dick" to me. Or probable a a green stick or green vegetable. (So, it is a creeper - this is really difficult to guess)
- Mama guess the white character with the arrow. Okok. after one whole round trying to analyse whether it's a movie character from Avengers, i name it Hawkeye. (Look properly mum, it's a skeleton) *Ah boy, which part it look like skeleton?
- Last one self explainatory - if you are not a Minecraft fan and had been digging, reading info, never on earth you will know the answer.
___________________________________________
SO THE CONCLUSIONS ARE: this could be a fun bonding and guessing game. At least, parenting is not about authorian leadership. It could be the other way with kids leading it. Be interested with what they are into and learn from each other.
Have a good Sunday, Be safe and STAY AT HOME!
Posted by Jessie Koo
Email ThisBlogThis!Share to TwitterShare to FacebookShare to Pinterest
Labels: Kids Fun Activity