Im sure lots of kids will always ask for a paper and a pen at the restaurant while waiting for food to draw. But there is some problems with that. Sometimes they draw something nice and want to keep it, but a few days later it is gone and it is also a waste of paper that the restaurant needs to use. Plus, it is safer to not use public objects in the pandemic nowadays.
Even with the new technologies like phones that allow us to draw with our fingertips or with a small pen that is included, kids might say 'the phone pen is too small to hold' or 'i prefer using a pen than my fingers. It is true that kids will bring creativity whenever they go, and need something to show it. 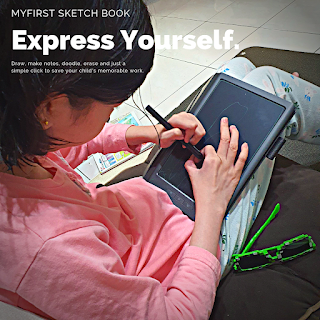 Recently i bought a drawing tablet called myFirst Sketch book, that includes a full sized stylus and a tablet. It also came with an USB charger, tablet cover and a manual. It does look like the low quality ones you see in the store, but it has a big difference. It also said that I can download an app to pair the device with my phone to retrieve saved projects that my kids drew. 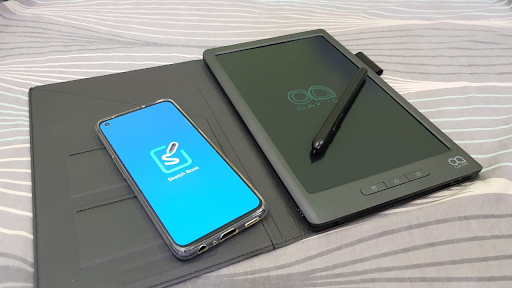 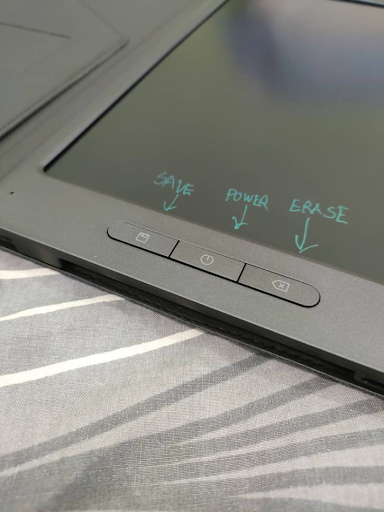 Firstly I had to charge the tablet and the pen to be able to use it. If you charge the tablet only and not the pen, it will not sync and will not save the drawings. The app that i can pair it with is called Sketch Book app and can be downloaded from the play store. you have to turn on Bluetooth to connect the tablet with your phone. to sync the pen with the tablet, hold the pen about  a centimeter away from the screen and press the buttons on the pen. 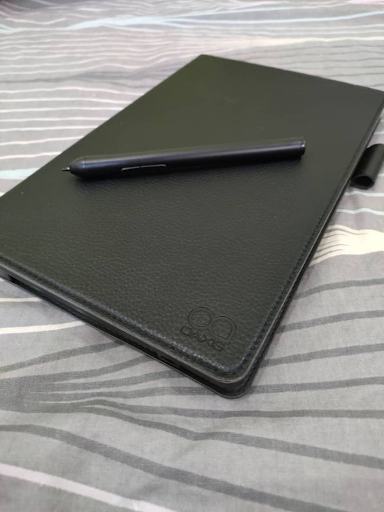 With the app, my kids can go anywhere and sketch their imagination on the tablet and can retrieve it from the app. There is another feature that lets you draw in real time. weight sensors are also in the tablet to control the thickness of the line that my kids draw. 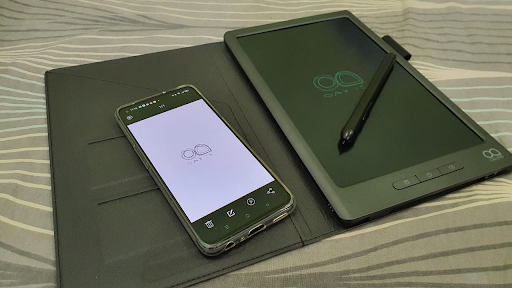 My kids are really exited when receiving the product as they can draw anywhere they want without the need of a place to support the paper. with this, my kids can draw on the tablet instead of using paper from trees. This means it is eco friendly and kids can have unlimited ink as long as the tablet and the pen is charged. 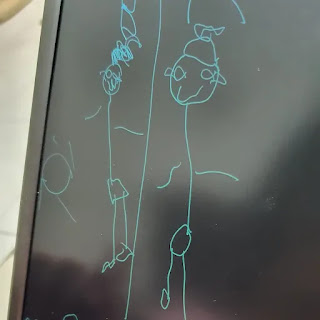 Saving paper, getting them creative on the go and hours of conversations with them explaining their masterpiece.
#myfirstsketchbook
#drawing
#sketch
#masterpiece
Check them out at:
Online Store Sketch Book
1. https://myfirst.tech/myfirst-sketch-book/
2. https://shop.oaxis.com/collections/myfirst-kids-cool-collection-by-oaxis/products/myfirst-sketch-book
Posted by Jessie Koo
Email ThisBlogThis!Share to TwitterShare to FacebookShare to Pinterest
Labels: Gadget Review