Joni Mitchell once shared the inspiration behind the line, “They paved paradise and put up a parking lot” in Big Yellow Taxi. She said, “I took a taxi to the hotel and when I woke up the next morning, I threw back the curtains and saw these beautiful green mountains in the distance. Then, I looked down and there was a parking lot as far as the eye could see, and it broke my heart... this blight on paradise.” 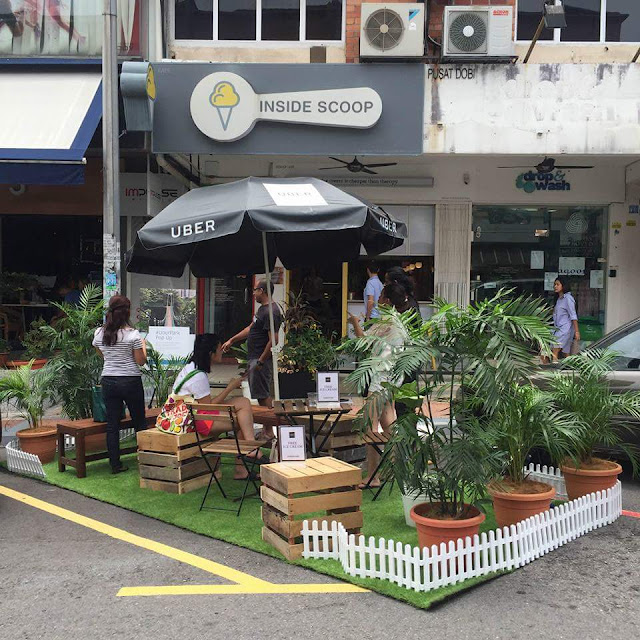 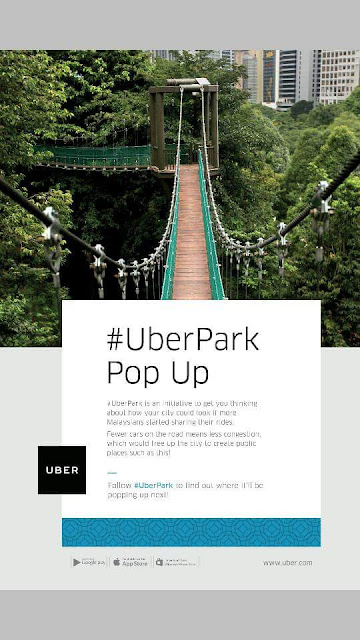 If you’ve recently been around the Klang Valley, you might have noticed an odd sight - a parking lot that has been “reclaimed” and made into a park. This initiative by Uber Malaysia, called #UberPark is designed to provoke Malaysians’ imagination and ask themselves: What would Malaysia look like if we had fewer cars on the roads, which needed fewer parking spaces, and had more parks or gardens instead?

Malaysia is known to have the third highest rate of car ownership in the world with 9 out of 10 households owning at least one car (Nielsen, 2014). In addition, Malaysia also ranks third in the world for multiple car ownership, with 1 in 2 households having more than one car. All these cars need to be parked somewhere!


So, what’s the idea behind #UberPark? Choong said, “What we’re aiming to establish with #UberPark is a vision and challenge to Malaysians, that one fewer car on the road means one fewer parking lot occupied, and more space for leisurely activity. If this concept can be replicated, even by the people’s own initiative, it indirectly helps our environment a little more. Imagine what Malaysia would look like with fewer cars, and more parks or leisure spaces instead?”

Since Malaysia Day on 16 September, Uber has been transforming parking lots in various areas in and around the Klang Valley, into pop-up parks, attracting curiosity from Malaysians.

Miriam, from Kuala Lumpur stumbled upon an #UberPark on the way to get desserts at Inside Scoop in Bangsar. She said, “It was refreshing to the eye to see how a car park was transformed into a park. How unexpected! My friends and I ended up having our ice-cream at the #UberPark itself. It would be nice to see more spaces like this around KL.”

More #UberParks can be anticipated in various locations until the end of September. While the results are immeasurable, Choong said he hopes people will catch on to the idea and think proactively about contributing towards reduced congestion. He said, “Imagine what our cities could look like if we employed the concept of ride-sharing in our everyday routines. It creates an ecosystem that benefits the people and the environment. It’s a choice Malaysians can make with Uber’s technology, at the touch of a button.”

So, how about not driving, and letting Uber take you to an #UberPark today?

Posted by Jessie Koo
Email ThisBlogThis!Share to TwitterShare to FacebookShare to Pinterest