TRIKSTARS WOWS AUDIENCES AT PREMIERE NIGHT~ International Masters of Magic leave audiences spellbound ~
Bandar Sunway, 7 December 2015 – The first ever TRIKSTARS – Masters of Trickery made its much anticipated debut to a crowd of over 2,000 people today at Sunway Lagoon’s Amphitheatre.
Thanks Sunway for inviting us for te premiere and it has been a great show. My favorite will be the unicycles by King Charles Troupe.
Best scene is when Rudy Coby ask for volunteer and April was so quick waving her hand non stop. While we adults are trying to avoid being on stage. Haha.
Rudy say "But, you are too small for this". Nice try, darling. She sigh. 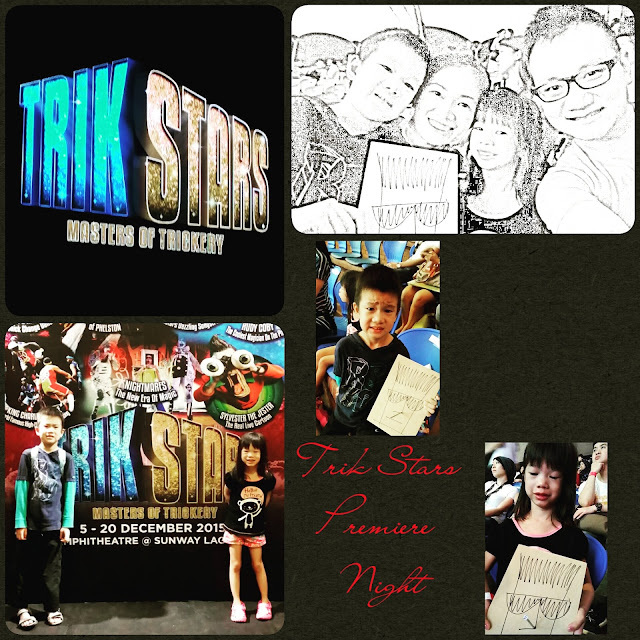 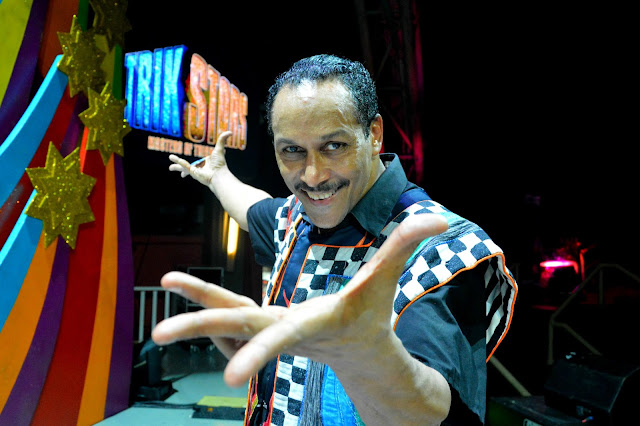 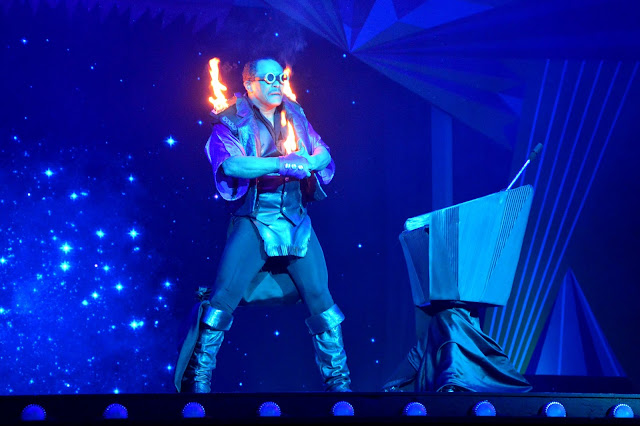 Magus Utopia introduced a darker edge to the show with their unique combination of storytelling, strong visuals and illusions in Nightmares 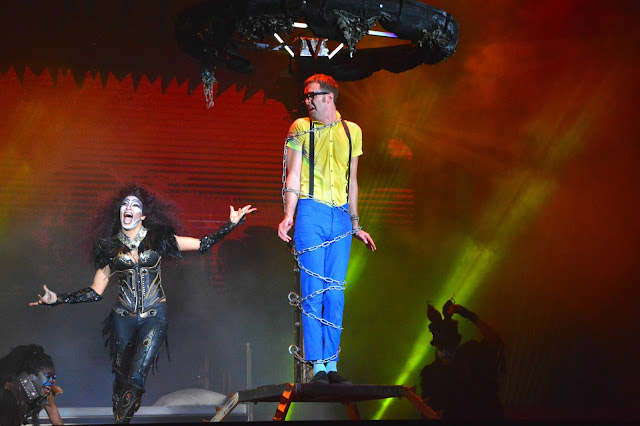 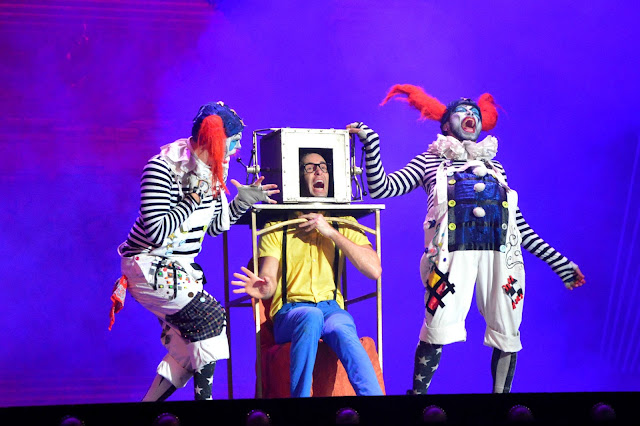 A total of seven performers, from Las Vegas and Europe, graced the stage delighting audiences with wonder and comedy. Phelston Jones captivated audience members with his mix of magic and satire while American magician Sylvester the Jester dazzled viewers as he brought a cartoon character to life. 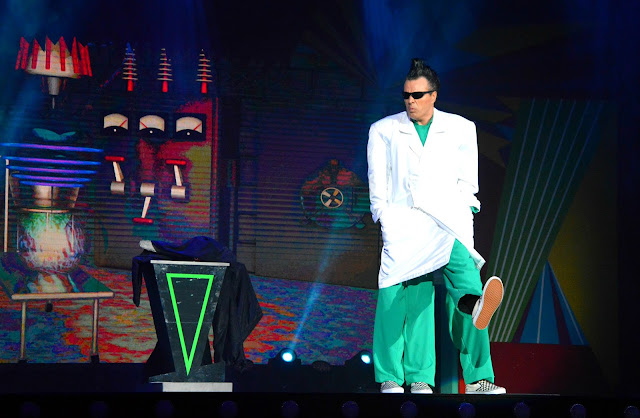 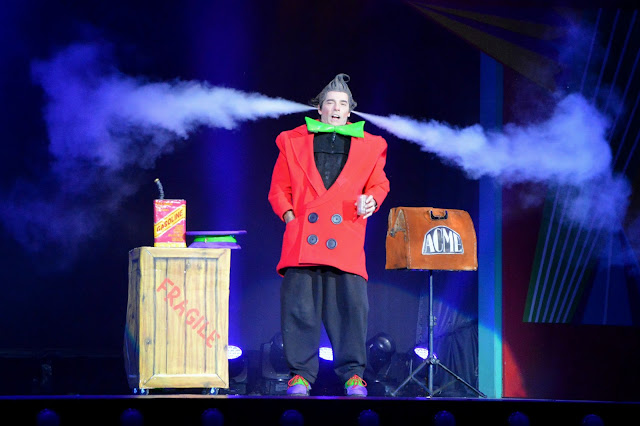 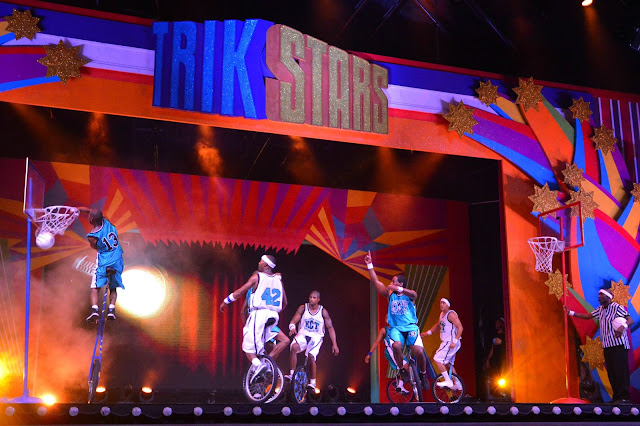 Award winning dance couple Sebastian and Kristina showcased their artistry via their dance and magical transformations. 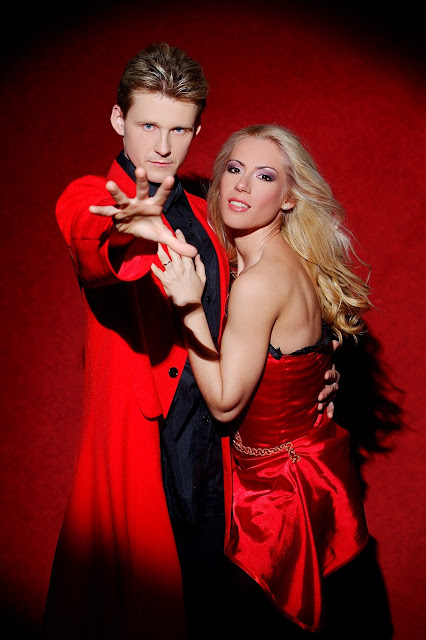 The ‘Coolest Magician on Earth’ Rudy Colby proofed to be a treat for the audience, while famed songstress, J’aime Holland sang her hits to the delight of her fans.

Among those in attendance were local Malaysian celebrities such as Sasha Saidin, Muhammad Haslam bin Abdul Rahmad, Elizabeth Tan, Brian Lim and local rock band An Honest Mistake.
“Being a strong brand that is well recognized in the International and Malaysian theme-park market, the partnership between Sunway Lagoon and Dion & Randall Productions is a strategic one, and a great way for us to put forth another fantastic event for the benefit of our customers. Through TRIKSTARS we are taking the audience on a fantasy journey of escapism, giving people the opportunity to spend quality time with their friends and families, something that Sunway Lagoon holds very dear,” Mr. HC Chan, Chief Executive Officer of Sunway Shopping Malls and Theme Parks, at the Gala Premiere of TRIKSTARS – Masters of Trickery.
TRIKSTARS – Masters of Trickery is produced by Dion and Randall International founded by Adam Dion Bahoudian and Nina Randall Bahoudian who bring with them over 35 years of experience in stage, theatre, film, television, music, costume design and talent management.
“This is our first collaboration with Sunway Lagoon and not only are we proud of this partnership, we are very excited to have learnt that tickets are selling out quickly indicating just how well the show has been received. Sunway Lagoon is a leader in the family entertainment industry and we are delighted to be working with them, in a partnership that has great potential for success,” shared Adam Dion Bahoudian, co-founder of Dion and Randall International.
TRIKSTARS – Masters of Trickery runs every Wednesday to Monday from 5th December to 20th December 2015 at 8:00pm. Ticket prices are available from RM 70 for children and RM 100 for adults. Book your tickets now at ticketcharge.com.my.
TRIKSTARS – Masters of Trickery is proudly sponsored by Coca Cola, Nestle, Milo and 100 Plus.
For more information, kindly contact Sunway Lagoon at +603-5639 0000 or log on to Sunway Lagoon’s website at www.sunwaylagoon.com or its Facebook page at www.facebook.com/SunwayLagoonMalaysia.
Where Is This?
Amphitheatre @ Sunway Lagoon