Tangled-The Series every Sunday 11.30am Disney Channel and Disney Princess event at Sunway Pyramid keeps the kids busy during the school holiday

When I say "Mummy is going to Tangled event!" and kids are excited to go along even in a rush hour. Thanks for arranging a Buka Puasa session with all media and bloggers at Madam Kwan, our first this year, and food is awesome with lovely colour décor and love the cupcakes and balloons!

Best is Jaden manage to answer a quiz question and he got himself a very nice Rapunzel and Chameleon collection miniature toy. 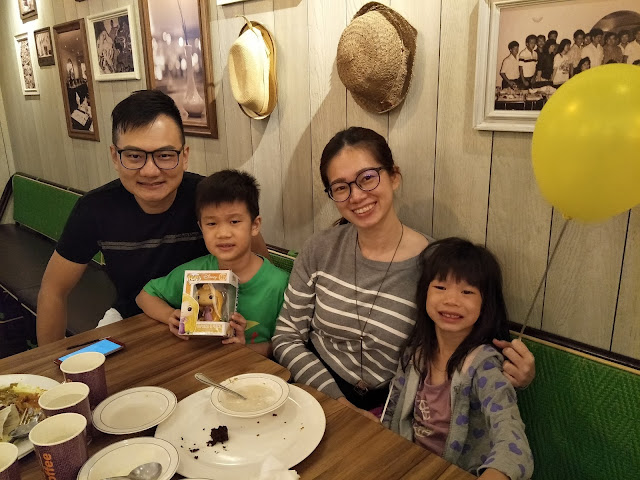 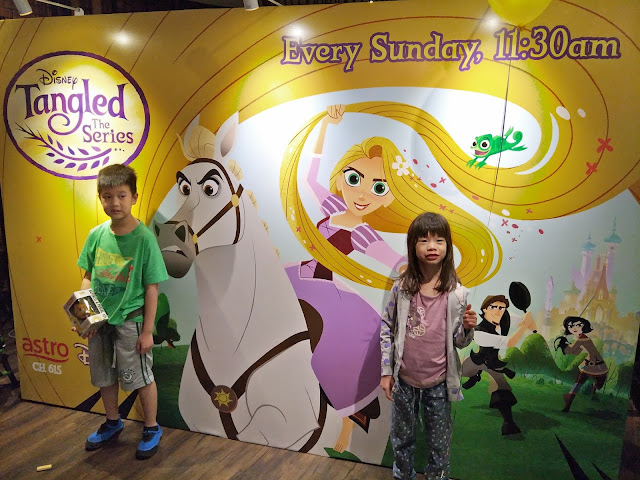 We get to see the new premier show during dining, and it was awesome tagged with some funny comedy of Eugene (Flynn). It's Disney Channel’s brand new animated series “Tangled: The Series”! which will be showing every Sunday at 11:30AM on Astro Ch 615. 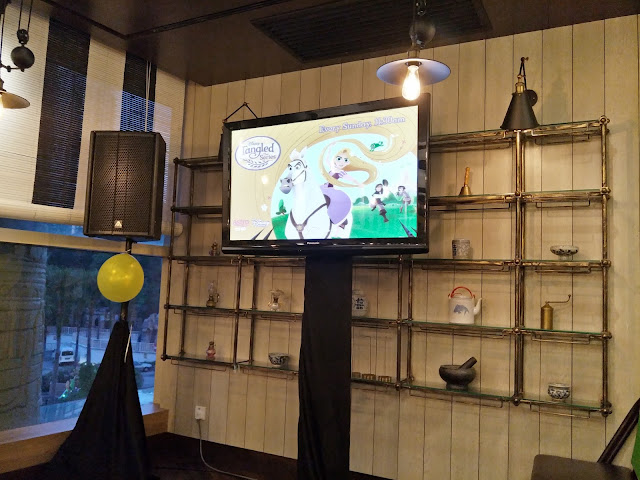 Some snippets on the new show:
With a new visually vibrant animation style inspired by Rapunzel’s drawings in the original film, the show follows Rapunzel on her adventures as she acquaints herself with her parents, her kingdom, and the people of Corona. Along the way, her irrepressible spirit and natural curiosity about the world lead her to realize that there is so much more she needs to learn before she can accept her royal destiny as Princess of Corona.

At the heart of the series is Rapunzel’s relationship with her friends and family. Beloved characters from the feature film accompany Rapunzel on her journey, including love interest Eugene Fitzherbert (aka Flynn Rider); her loyal chameleon sidekick, Pascal; her no-nonsense, dutiful horse, Maximus; and the Snuggly Duckling Pub Thugs. The series will introduce Cassandra (voiced by Eden Espinosa), a tough-as-nails lady-in-waiting who becomes Rapunzel's confidante; and builds on her relationship with her parents, King Frederic (Clancy Brown) and Queen Arianna (Julie Bowen).

Rapunzel's relatable, heartfelt and comedic stories model the importance of building and nurturing relationships, and of exploration and self-discovery. With her strength, confidence, positive disposition and creativity, she is a role model for young viewers who are learning to take on new responsibilities just as she is.


After the hearty meal, we check out the event hall at Sunway Pyramid; fulfilled with game booth, lots of nice photo corners, and you can spot your favourite characters on stage too for the meet and greet session according to the time. We miss the session but will be back next round.

Check out these captions that we had from the event hall: 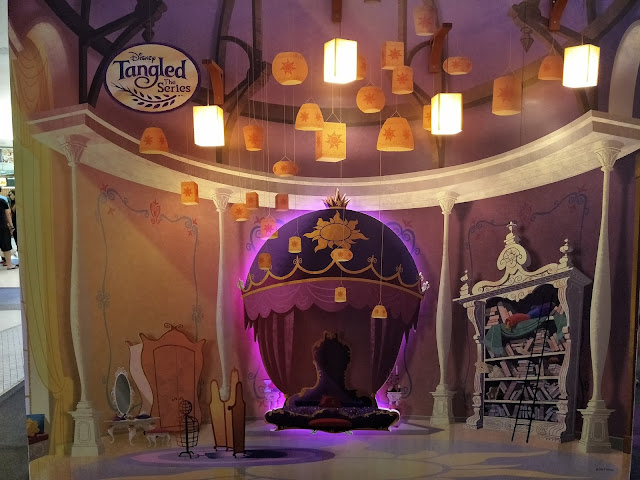 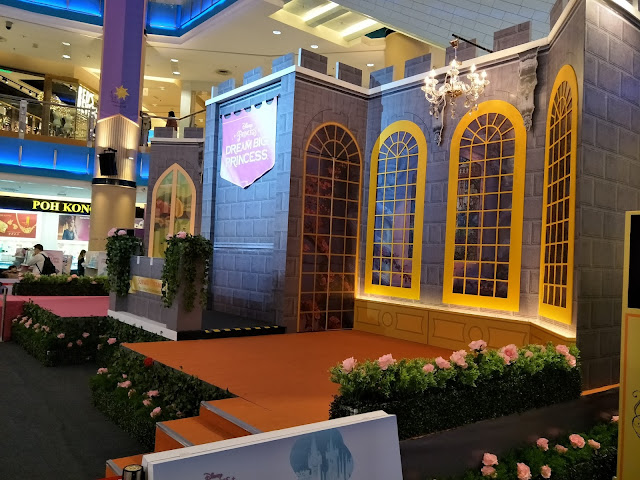 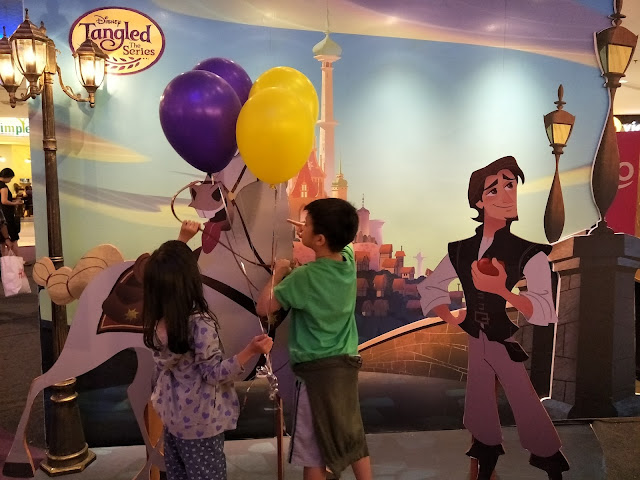 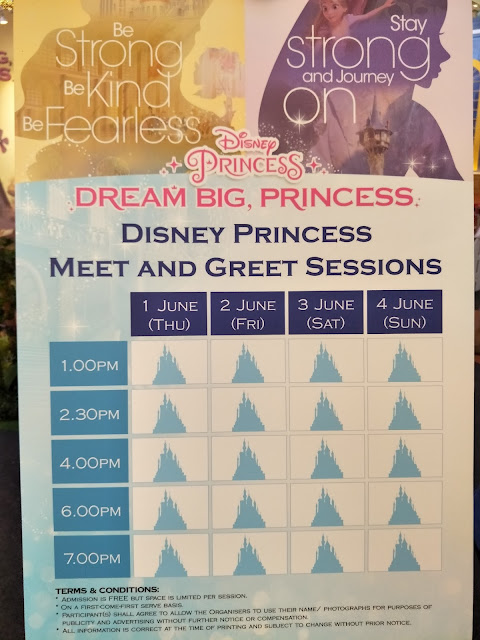 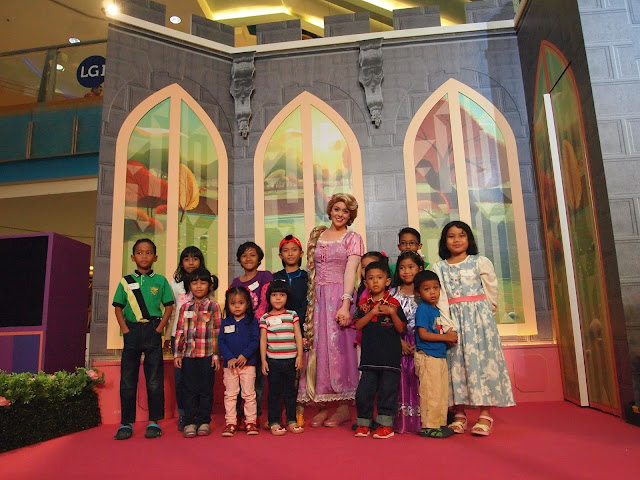 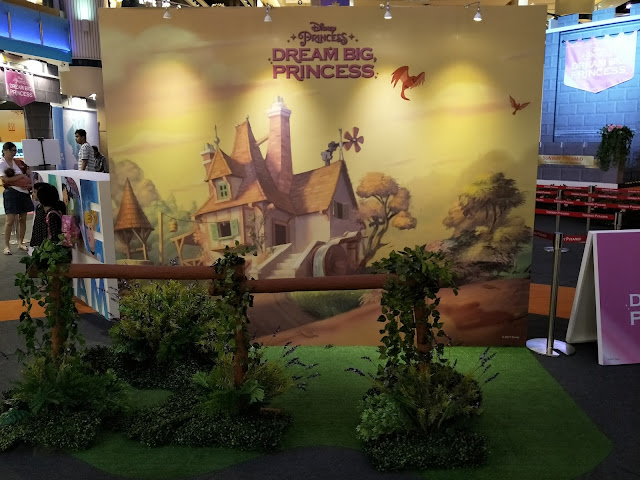 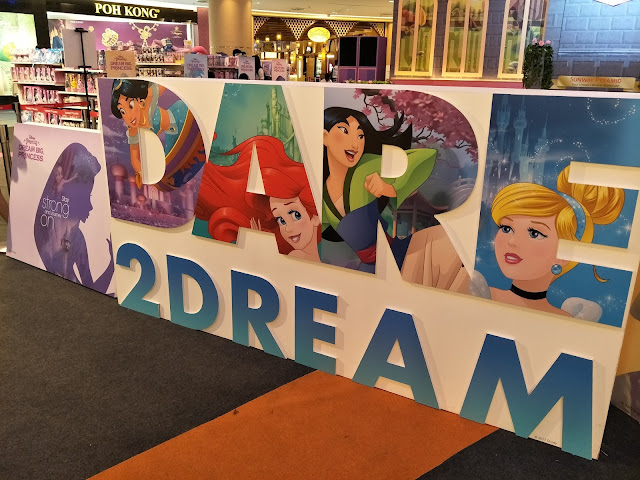 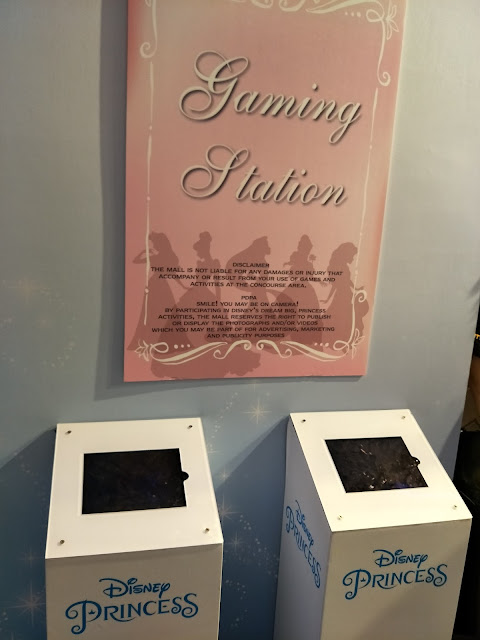 Parkson join along the event hall and have some princess series merchandise for sale. There is a spend and win, along with an exclusive Disney Princess Bracelet up for grab if you spent RM80 and above. 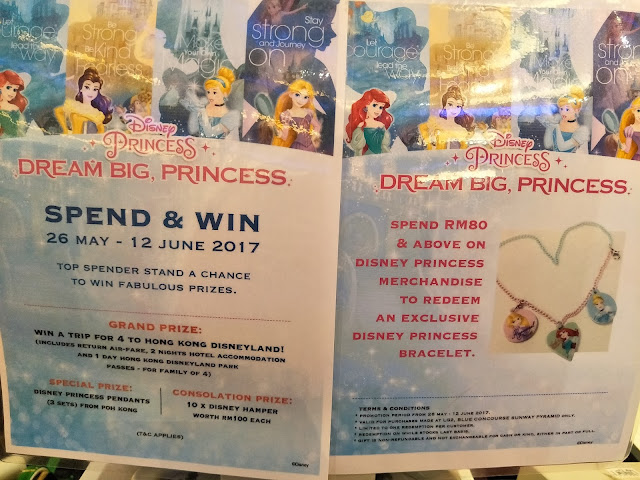 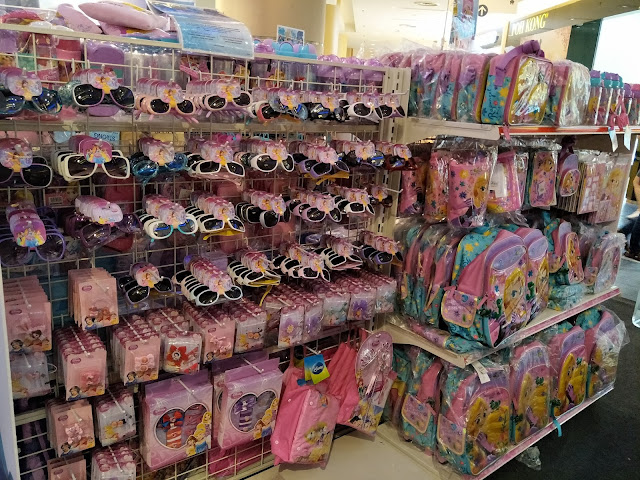 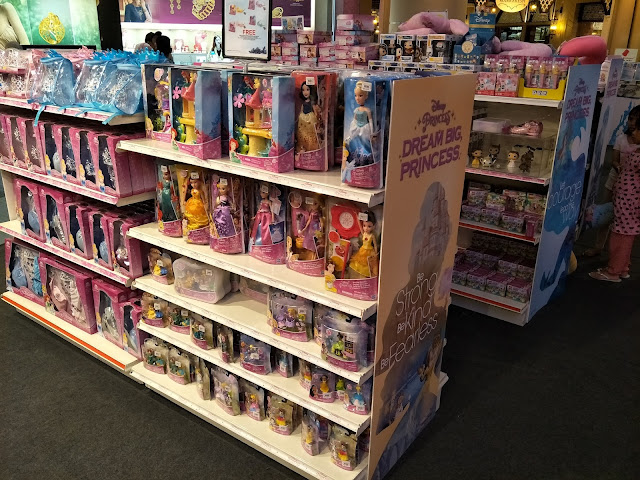 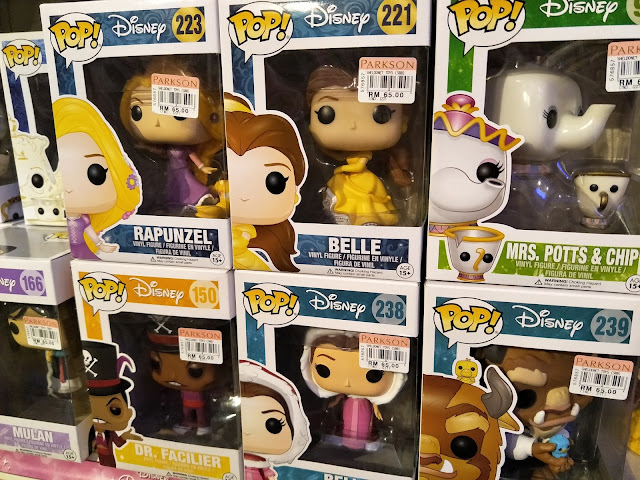 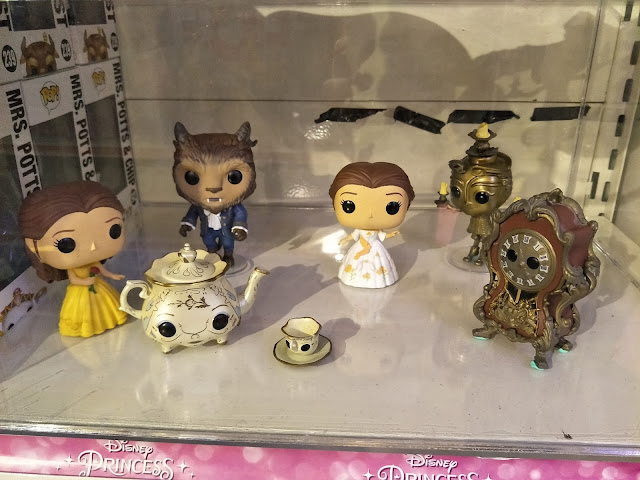 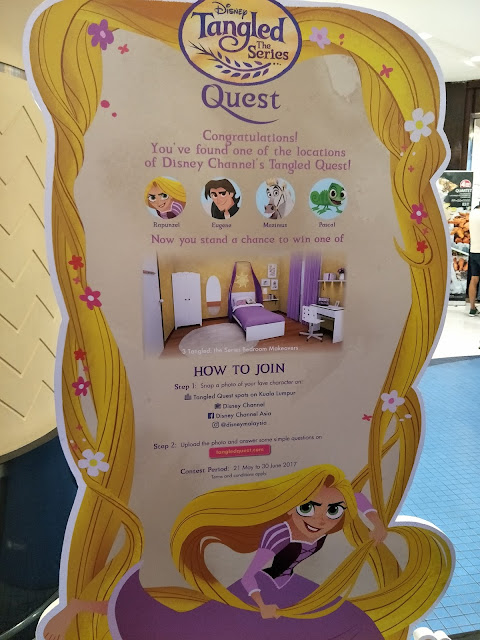 Don't forget to take part in The Tangled Quest from 21 May to 30 June to win exclusive “Tangled: the Series” prizes!

It's just a simple snapping a picture of Rapunzel, Eugene, Maximus or Pascal with the Tangled Quest insignia on Disney Channel and Disney-owned social platforms and upload it on the Tangled Quest website (www.tangledquest.com). Eighty (80) lucky winners will stand a chance to win exclusive Tangled-themed goody bags.

The Tangled Quest will come to life in Malaysia, where Disney Channel fans can join in the fun to spot the characters at various on-ground pop-up activities across Kuala Lumpur. Locations will be revealed through weekly clues on Disney Channel and Astro Circle platforms, so stay tuned! In addition to Tangled-themed goody bags, three lucky winners will get to bring Rapunzel’s adventures home with a full scale Tangled-themed bedroom makeover.

If you enjoyed this post, I’d be very grateful if you’d help it spread by emailing it to a friend,